X
Back to the top

Some of the most famous and successful worldwide drivers started out in karting. Find out which of them.

“In terms of a driver thinking and keeping fit and sharp, there’s nothing better than driving a gearbox kart because you’re sitting so low to the ground and everything happens so fast,” said Gary Catt, former British champion in racing. Find out which racing legends started their racing career in karting.

When he was four-years-old, Ayrton Senna got his first go-kart. His father had built it for him. He turned his childhood hobby into his lifetime career. The late Ayrton Senna, by many experts considered as best racing driver ever, described karting as “purest driving experience. I started racing go-karts. And I love karts. It’s the most breath-taking sport in the world. More than F1, indeed, I used to like it most.”

Lewis Hamilton started with karting in 1994 when he was eight and quickly began winning races. Two years later, he approached McLaren F1 team boss Ron Dennis for an autograph and told him: “Hi. I’m Lewis Hamilton. I won the British Karting Championship and one day I want to be racing your cars.” He was right. In 1998 Ron Dennis signed Hamilton to the McLaren driver development program.

Michael Schumacher started out his racing career in the same way as Ayrton Senna. At four years old his father built him a kart and soon after enrolled him in the local kart club Kerpen Horrom. Years later he won the German Junior Kart Championship and became the only driver in history to win seven Formula One World Championships.

Vettel started karting at the young age of 3 and began racing in karts series in 1995, at the age of eight. Having shown early talent, he was accepted into the Red Bull Junior Team at age 11 in 1998, and kept on winning various titles, such as the Junior Monaco Kart Cup in 2001. In 2003, he was promoted to open-wheel cars and won the 2004 German Formula BMW Championship with 18 victories from 20 races.

Räikkönen’s path to the top of F1 racing began in karting. He started with karting in his hometown of Espoo in southern Finland as an 11-year-old boy. The young racer swiftly stamped his authority on the local opposition before making his mark in international events. Surprisingly, he never won a karting title, but his early racing days singled him out as a future star.

Jules Bianchi, talented French young racer started with karting when he was 3 years old. The fact that his father owned a karting track was crucial for his racing career. Since then he won French Formula Renault 2.0 series and was named as Ferrari’s Formula One test and reserve driver. Unfortunately, his tragic death in the crash of the 2014 Japan Grand Prix shocked the world.

Mark’s school-mate had a go-kart, and he always used to love looking at his kart. He thought if he could get hands on a steering wheel, it might suit him. After a few test-drives his dad bought him a second-hand kart, and he began racing. That became his new life. Like many F1 drivers, he still enjoys racing karts today. 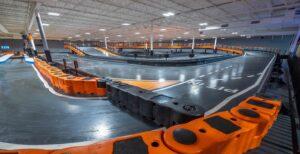 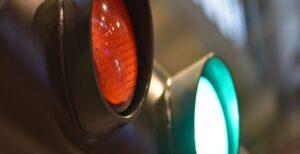 How to start with karting business – Basic 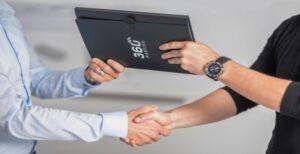 How to start with karting business – Advanced

The operation "Digitization of the 360 Karting brand" is co-financed with the help of the European Regional Development Fund: www.eu-skladi.si, the Ministry of Economic Development and Technology: www.mgrt.gov.si and SPIRIT Slovenia, public agency: www.spiritslovenia.si.

Get your 360K General Catalogue